Two of our young riders asked if we could have a pig. I said we would have to have two for company, and they would have to be rescued. So off they set to find two rescued pigs ~ and withing a few days they found THIRTY pet pigs that were going to be slaughtered.

This was before social media but with the help of friends on the internet, noteably a wonderful lady who at the time kept a huge membership base known as South West Animal Protectors, we managed to find safe homes for all of them. We kept two, Dudley and Phoebe, who were about one year old. Then we discovered that Phoebe was pregnant. She had seven adorable piglets who took over my garden and lawn.

This was in 2008. They were a mixture of Pot-Bellied pigs and big farm pigs and they were different sizes. Sadly the bigger ones did not have strong legs and some have died in the last few years, leaving us with four, Dudly and Pheobe and Pinky and Perky the two smallest ones.

Phoebe died suddenly in her sleep on 12th September 2019, Dudley died on the 25th December 2019, and Perky on the 10th of September 2020. This leave Pinky on her own and we are spending as much time with her as possible. 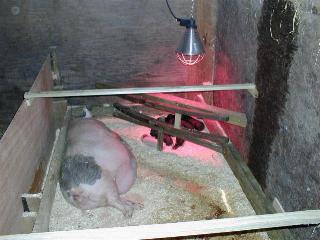